The legal procedures related to MH17 can lead to different types of remedies for the next of kin; some of which include financial compensation. It is impossible to translate the loss and pain of losing a loved one in remedies, since no remedy can bring those that have died back to life. Nevertheless, remedies following legal proceedings, including the recognition through a court’s judgment, may contribute to a sense of justice.

When a judgment at the end of a legal procedure has determined responsibility/liability, those who have suffered loss and harm as a direct result of the act, such as the victims’ next of kin and the states that have lost nationals in the crash, can sometimes claim financial compensation. That way, financial loss and psychological harm suffered by the victims’ next of kin can be reduced and compensated. But it does not bring back the lost loved one, nor does it erase the damage and pain that is caused.

While the previous chapters have addressed the technicalities of each of the legal proceedings related to MH17, this chapter focuses specifically on the extent to which the various remedies and in particular the financial compensation schemes in the different legal proceedings may interact with each other.

In principle, law embodies a logic that when a party acts in violation of the law and causes damage, that party can be held accountable and ordered to remedy the harm done.

Remedies can be divided into three categories:
1) Monetary compensation
2) Restitutionary remedies to restore the situation as close as possible to the prior situation
3) Equitable remedies

Equitable remedies are non-monetary obligations means to restore justice. They can, for instance, be an apology, restraining order, dissolution of a contract, or a rectification.

With the various types of remedies, a court tries to find a just solution for the harm that was done, to the extent that law can offer this.

Options for Remedies in the MH17 Legal Proceedings

Criminal law provides for imprisonment, fines and community service as types of remedies. The Prosecution has requested lifelong imprisonment for all four suspects in the MH17 case (see chapter 1).

If the Court concludes that the suspects are guilty and deserve a prison sentence, they can’t be detained because they are not located in the Netherlands. Russian and Ukrainian law prohibit them from extraditing their nationals. Ukraine has signed a treaty with the Netherlands that provides that Ukraine would execute a sentence that is ordered in the Netherlands by a Dutch court if they can arrest a suspect but can’t extradite.

If the suspects are found guilty, the Court may also issue international warrants of arrest so that they could be arrested in another country if they would travel abroad. The Court can moreover order to seize (possible) international assets, if they have any.

All in all, this is nowhere near the same as when a conviction also leads to actual imprisonment. But enforcing international law is hard in the international legal order we have. However, the judgment is in and of itself also a type of remedy that may contribute to some sense of justice.

If the suspects are found guilty, it means that the Court has examined and considered the evidence in detail during a thorough public trial. This may be experienced as a form of recognition. The verdict moreover contributes to truth finding and to the creation of a common version of what has happened and who was responsible. It may moreover help in resisting and challenging denial and disinformation.

Furthermore, the international and national legal order is reinforced by these kinds of criminal trials because they signal to the rest of the world that there are courts all over the world that are watching what happens, also abroad, and that they will try to prosecute crimes, however difficult it may be. It is therefore a contribution to the fight against impunity. A fight that is joined by increasing numbers of national and international courts.

Because MH17 was downed on Ukrainian territory, Ukrainian civil law is applied to the civil compensation procedure. In total, 301 injured parties (next of kin) submitted a compensation claim in the criminal trial. They claim compensation for moral damages to compensate the pain and suffering of the next of kin. The claims are based on a fixed sum of €40,000, €45,000 or €50,000 for each relative of each victim, the amount depending on the relatives’ relationship with the victim(s). The Prosecution submitted their own calculation of the damage incurred and arrived at amounts of €30,000, €35,000 or €40,000. The Court will decide in the final judgment whether the defendants are proven guilty, and if so, whether they are ordered to pay compensation to the next of kin and what amount.

The Court may thereby apply the “compensation measure” (schadevergoedingsmaatregel). This is a legal action through which the state becomes the collector of the compensation award on behalf of the injured parties. If the convicted have not paid after eight months, the Dutch state will provide the next of kin with an advance payment. If the suspects are convicted of article 168 CC (causing a plane to crash) but not for murder/manslaughter (articles 189/187 CC), the maximum amount that the Dutch state advances is €5,000. If the suspects are convicted of murder/manslaughter, the state advances the entire amount. This way, the victim/next of kin is relieved from the burden of executing the court order. This is a complicated ordeal, especially since the suspects are abroad. On behalf of the state, the Centraal Justitieel Incassobureau (CJIB), will try to claim the amount from the convicted.

Furthermore, as was discussed in chapter 6, there have also been cases based on civil law in the US. In the Girkin case, compensation has been awarded but it remains unclear whether any of this money will ever be paid by Igor Girkin.

The litigation against two Russian banks (Sberbank and VTB Bank) and two money transfer companies (MoneyGram International and Western Union) for their support to the Donetsk People’s Republic (DPR) is still ongoing and may also lead to compensation awards. US civil law recognizes higher amounts of compensation than the Netherlands and can therefore exceed those that may be awarded within the Dutch legal system.

The European Court of Human Rights (ECtHR) is based on the European Convention on Human Rights (ECHR). This is a treaty and therefore fall under the field of law called public international law. Human rights is a special part of public international law because the rights of humans, individuals, are central rather than the rights of states. That is why human rights law is also seen as a separate field of law.

The ECtHR may award “just satisfaction” in both individual proceedings (chapter 3) and inter-state proceedings (chapter 4) when it finds that a human rights violation has occurred. Just satisfaction is another term for financial compensation and is intended to compensate applicants for material damage, immaterial damage, and legal costs and expenses. It is not intended to punish states and the amount thus relates to an estimation of the damage.

In individual proceedings, compensation may be awarded to victims of human rights violations (or their next of kin) who have submitted applications that meet the technical requirements in the ECtHR. In inter-state proceedings, there are no clear guidelines on how the ECtHR distributes compensation. However, prior rulings of the ECtHR indicate that any award of compensation should be for the benefit of the victims or next of kin.

Ukraine has filed a case against Russia at the International Court of Justice (ICJ) that includes the MH17 crash. The case is however much wider in substance and covers a large amount of alleged violations occurring in Eastern Ukraine as well as Crimea, but also MH17. If the Netherlands/Australia would pursue further legal action against Russia under public international law, chapter 5 explained that the could eventually be able to submit the dispute to the International Civil Aviation Organization (ICAO) and the ICJ.

The ICAO is unable to provide compensation but can take away a member state’s voting rights. The ICJ would be able to award compensation. However, at the ICJ, compensation usually relates to the financially assessable damage that the applicant state has suffered, such as the costs of repatriation and investigation.

However, the main remedy in all of these procedures, just like the criminal trial, is mostly related to acknowledgment, truth finding and challenging denial and disinformation. It is not the type of remedy that befits the extent of the pain and suffering, but it can contribute to a sense of justice.

A recurring theme in the Dutch criminal proceedings has been that the Court has requested that the next of kin demonstrate to the Court what compensation they already received or were awarded. This could for instance have been through insurance companies and other legal procedures.

This rule that a compensation award may depend on prior received compensation is different under Ukrainian law. If the criminal court in its final verdict indeed decides that Ukrainian civil law applies, compensation already received elsewhere may not pose an issue then.

If Ukrainian law applies, the Court does not have to take into account earlier compensations. The final judgment will have to rule on this.

The ECtHR has affirmed a similar practice to that of Dutch civil law: once compensation has been awarded for the damage, the ECtHR may reduce an award or refuse to provide compensation at all. For instance, in Georgia v. Russia, the ECtHR refused to compensate a group of victims that had already successfully received other available remedies. This case demonstrates the ECtHR’s reluctance to provide compensation to victims when those victims have already been provided with redress. Here it is also important to distinguish between types of damages.

The ECtHR may consider the compensation awarded in other proceedings, including in the other ECtHR proceedings. Based on this, it may adapt its award to an amount that would cover any remaining damage or that provides redress for a different kind of damage than was already provided. 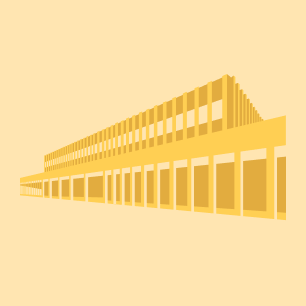 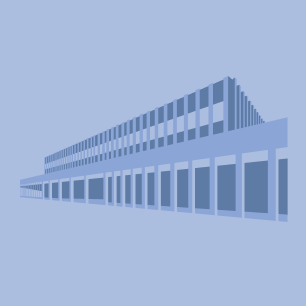 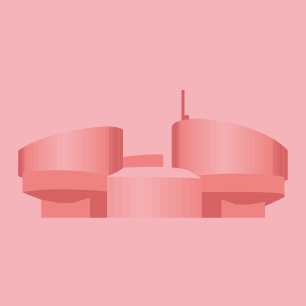 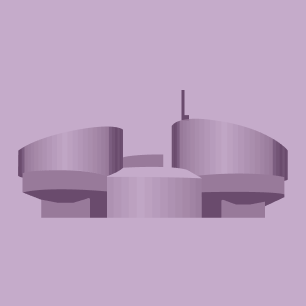 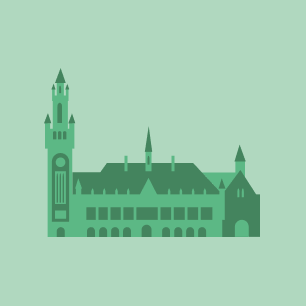 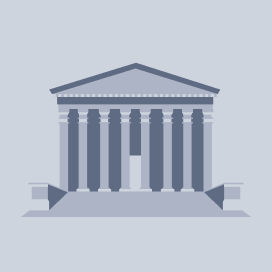 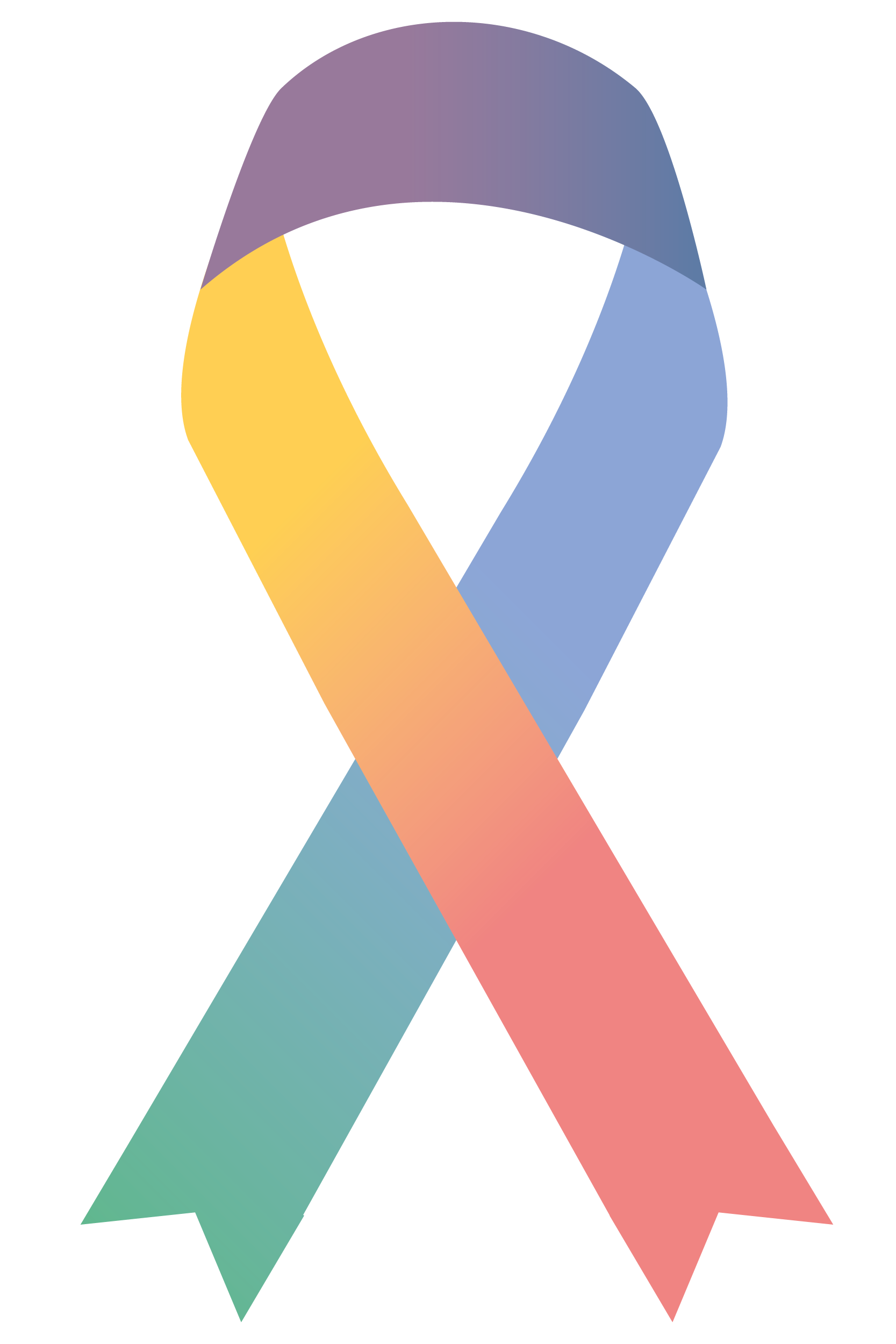 Stichting Vliegramp MH17 - For information purposes only. No rights can be derived from this publication.